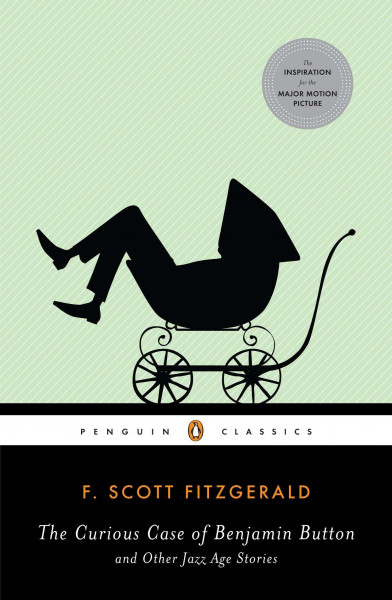 The Curious Case of Benjamin Button

The Curious Case of Benjamin Button

The inspiration for the major motion picture starring Brad Pitt and Cate Blanchett, plus eighteen other stories by the beloved author of The Great Gatsby In the title story of this collection by one of America's greatest writers, a baby born in 1860 begins life as an old man and proceeds to age backward. F. Scott Fizgerald hinted at this kind of inversion when he called his era "a generation grown up to find all Gods dead, all wars fought, all faiths in man shaken." Perhaps nowhere in American fiction has this "Lost Generation" been more vividly preserved than in Fitzgerald's short fiction. Spanning the early twentieth-century American landscape, this original collection captures, with Fitzgerald's signature blend of enchantment and disillusionment, America during the Jazz Age.For more than seventy years, Penguin has been the leading publisher of classic literature in the English-speaking world. With more than 1,700 titles, Penguin Classics represents a global bookshelf of the best works throughout history and across genres and disciplines. Readers trust the series to provide authoritative texts enhanced by introductions and notes by distinguished scholars and contemporary authors, as well as up-to-date translations by award-winning translators. von Fitzgerald, F. Scott

F. Scott Fitzgerald (1896-1940) was born in St. Paul, Minnesota, and went to Princeton University, which he left in 1917 to join the army. He is said to have epitomized the Jazz Age, which he himself defined as "a generation grown up to find all Gods dead, all wars fought, all faiths in man shaken." In 1920 he married Zelda Sayre; their traumatic marriage and her subsequent breakdowns became the leading influence on his writing. Among his publications were five novels, This Side of Paradise, The Beautiful and Damned, The Great Gatsby, Tender Is the Night, and The Last Tycoon (his last and unfinished work); six volumes of short stories; and The Crack-Up, a selection of autobiographical pieces.Patrick O'Donnell (editor, introducer) is the author of several books and essays on modern and contemporary American fiction, including John Hawkes, Passionate Doubt: Designs of Interpretation in Contemporary American Fiction, and Echo Chambers: Reading Voice in Modern Narrative.