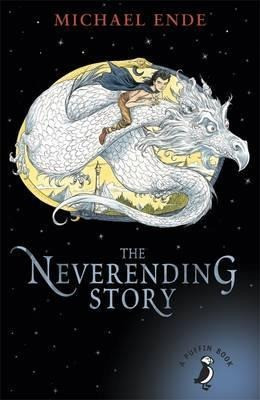 Puffin Classics: the definitive collection of timeless stories, for every child. Only the right name gives beings and things their reality. A wrong name makes everything unreal. That's what lies do. Bastian is nobody's idea of a hero, least of all his own. Through the pages of an old book he discovers a mysterious magical world - a world of dragons, monsters, witches and giants. A world that is doomed unless a human can save it. Can Bastian succeed in battling terrible foes and find the strength he needs to give the Empress a new name? The epic and unforgettable classic fantasy adventure which has captured the hearts of readers of all ages and inspired the much-loved, immersive 1984 movie.'A rich, enjoyable read . . . drawing in the most potent elements of fairytale, myth, and invented fantasy' Observer von Ende, Michael

Michael Ende, born in 1929, was one of the most popular German authors of the 20th Century, captivating children with his extraordinary fantasy stories including Momo, an orphan girl's search for the meaning of time. The NeverEnding Story (1979) has been translated into more than 30 languages, made into a hit movie in 1984, and remains a much-loved, international bestseller.Michael Ende died in 1995.