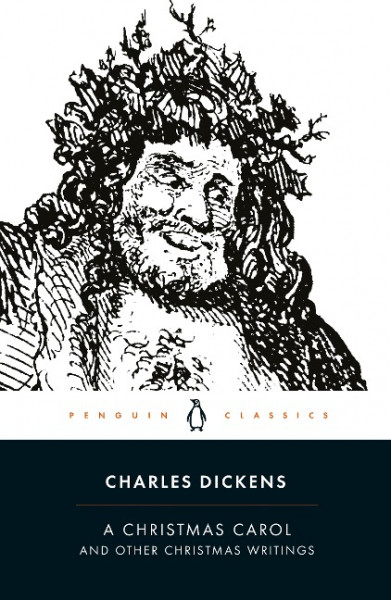 A collection of stories of matchless charm and enduring popularity that enchanted listeners at Charles Dickens's public readings Since it was first published in 1843 A Christmas Carol has had an enduring influence on the way we think about the traditions of Christmas. Dickens's story of solitary miser Ebenezer Scrooge, who is taught the true meaning of Christmas by the three ghosts of Christmas past, present and future, has been adapted into countless film and stage versions since it was first published. Dickens's other Christmas writings collected here include 'The Story of the Goblins who Stole a Sexton', the short story from The Pickwick Papers on which A Christmas Carol was based; The Haunted Man, a tale of a man tormented by painful memories; along with shorter pieces, some drawn from the 'Christmas Stories' that Dickens wrote annually for his weekly journals. In all of them Dickens celebrates the season as one of geniality, charity and remembrance. This new selection contains an introduction by distinguished Dickens scholar Michael Slater discussing how the author has shaped ideas about the Christmas spirit, original illustrations by 'Phiz' and John Leech, an appendix on Dickens's use of The Arabian Nights, a further reading list and explanatory notes. For more than seventy years, Penguin has been the leading publisher of classic literature in the English-speaking world. With more than 1,700 titles, Penguin Classics represents a global bookshelf of the best works throughout history and across genres and disciplines. Readers trust the series to provide authoritative texts enhanced by introductions and notes by distinguished scholars and contemporary authors, as well as up-to-date translations by award-winning translators. von Dickens, Charles

Charles Dickens was born on February 7, 1812, in Landport, Portsea, England. He died in Kent on June 9, 1870. The second of eight children of a family continually plagued by debt, the young Dickens came to know not only hunger and privation,but also the horror of the infamous debtors' prison and the evils of child labor. A turn of fortune in the shape of a legacy brought release from the nightmare of prison and "slave" factories and afforded Dickens the opportunity of two years' formal schooling at Wellington House Academy. He worked as an attorney's clerk and newspaper reporter until his Sketches by Boz (1836) and The Pickwick Papers (1837) brought him the amazing and instant success that was to be his for the remainder of his life. In later years, the pressure of serial writing, editorial duties, lectures, and social commitments led to his separation from Catherine Hogarth after twenty-three years of marriage. It also hastened his death at the age of fifty-eight, when he was characteristically engaged in a multitude of work.Michael Slater is Emeritus Professor at Birkbeck College, London & a past President of the Dickens Fellowship & the Dickens Society of America.