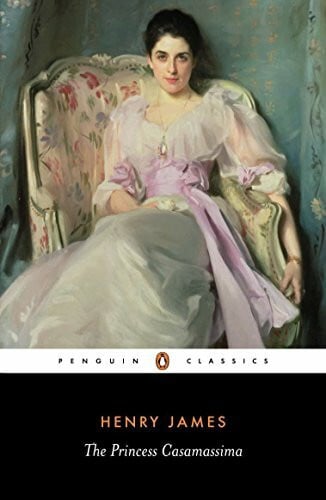 Henry James conceived the character of Hyacinth Robinson-his 'little presumptuous adventurer with his combination of intrinsic fineness and fortuitous adversity'-while walking the streets of London. Brought up in poverty, Hyacinth has nevertheless developed aesthetic tastes that heighten his awareness of the sordid misery around him. He is drawn into the secret world of revolutionary politics and, in a moment of fervour, makes a vow that he will assassinate a major political figure. Soon after this he meets the beautiful Princess Casamassima. Captivated by her world of wealth and nobility, art and beauty, Hyacinth loses faith in radicalism, 'the beastly cause'. But tormented by his belief in honour, he must face an agonizing, and ultimately tragic, dilemma. The Princess Casamassima is one of James's most personal novels and yet one of the most socially engaged.For more than seventy years, Penguin has been the leading publisher of classic literature in the English-speaking world. With more than 1,700 titles, Penguin Classics represents a global bookshelf of the best works throughout history and across genres and disciplines. Readers trust the series to provide authoritative texts enhanced by introductions and notes by distinguished scholars and contemporary authors, as well as up-to-date translations by award-winning translators.

Henry James (1843-1916) was born in New York and settled in Europe in 1875. He was a regular contributor of reviews, critical essays, and short stories to American periodicals. He is best known for his many novels of American and European character.