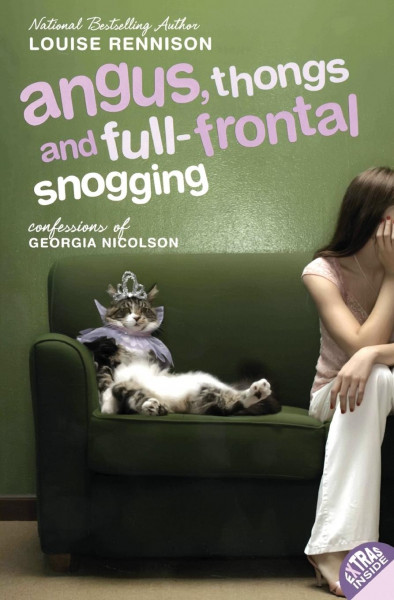 Angus:My mixed-breed cat, half domestic tabby, half Scottish wildcat. The size of a small Labrador, only mad.Thongs:Stupid underwear. What's the point of them, anyway? They just go up your bum, as far as I can tell.Full-Frontal Snogging:Kissing with all the trimmings, lip to lip, open mouth, tongues ... everything.Her dad's got the mentality of a Teletubby (only not so developed). Her cat, Angus, is trying to eat the poodle next door. And her best friend thinks she looks like an alien -- just because she accidentally shaved off her eyebrows. Ergghhhlack. Still, add a little boy-stalking, teacher-baiting, and full-frontal snogging with a Sex God, and Georgia's year just might turn out to be the most fabbitty fab fab ever! von Rennison, Louise

Louise Rennison was a British comedian and the internationally bestselling and award-winning author of the angst-filled Confessions of Georgia Nicolson series as well as the Misadventures of Tallulah Casey series. Her first novel, Angus, Thongs and Full-Frontal Snogging, received a Michael L. Printz Honor Award in 2001, was adapted into a feature film, and has become a worldwide bestseller now translated into 34 languages. She was also awarded the Roald Dahl Funny Prize for the first book in her Tallulah Casey series, Withering Tights.