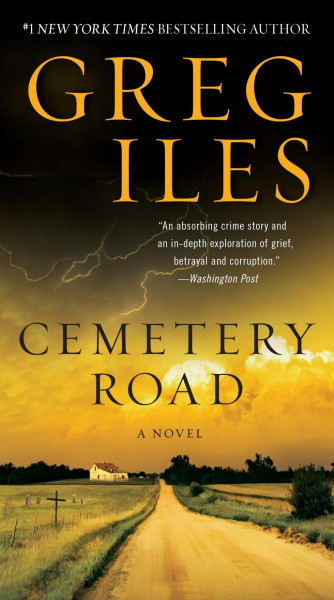 ?A narrative pull as strong as a Mississippi River current.? ?Pittsburgh Post-Gazette #1 New York Times bestselling author Greg Iles returns with an electrifying tale of friendship, betrayal, and devastating secrets...Marshall McEwan is one of the most successful journalists in Washington, D.C. But as he sees more and more acclaim in print and on television, Marshall discovers that his father is terminally ill, and he must go back to his childhood home?a place he vowed he would never return.Bienville, Mississippi, is no longer the city Marshall remembers. His family's 150-year-old newspaper is failing, and Jet, the love of his youth, has married into the family of Max Matheson, one of a dozen powerful patriarchs who rule the town through the exclusive Bienville Poker Club. To Marshall's surprise, the Poker Club has offered economic salvation to this community, in the form of a billion-dollar Chinese paper mill. But on the verge of the deal's consummation, two deaths rock Bienville to its core, threatening far more than the city's future.Joining forces with his former lover, Marshall begins digging for the truth. But he and Jet soon discover that the soil of Mississippi is a minefield where explosive secrets can be far more destructive than injustice.?Iles...has made Mississippi his own in the same way that James Lee Burke has claimed Cajun country and Michael Connelly has remapped contemporary Los Angeles.... They will be talking about this one for quite a while.? ?Booklist («Starred Review«) von Iles, Greg

Greg Iles spent most of his youth in Natchez, Mississippi. His first novel, Spandau Phoenix, was the first of thirteen New York Times bestsellers, and his new trilogy continues the story of Penn Cage, protagonist of The Quiet Game, Turning Angel, and #1 New York Times bestseller The Devil's Punchbowl. Iles's novels have been made into films and published in more than thirty-five countries. He lives in Natchez with his wife and has two children.