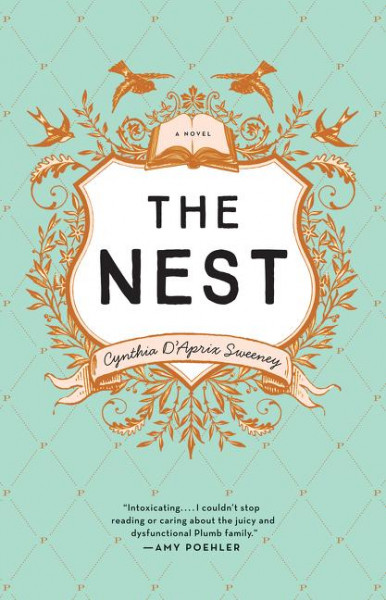 ?Humor and delightful irony abound in this lively first novel.? ?New York Times Book ReviewEvery family has its problems. But the Plumb family stands out as spectacularly dysfunctional. Years of simmering tensions finally reach a breaking point when Melody, Beatrice, and Jack Plumb gather in New York City to confront their charismatic and reckless older brother, Leo, freshly released from rehab. Months earlier, an inebriated Leo got behind the wheel of a car with a nineteen-year-old waitress as his passenger. The ensuing accident has endangered the Plumbs' joint trust fund, ?The Nest,? which they are months away from finally receiving. The Plumb siblings have been counting on the money to solve a number of self-inflicted problems.Melody, a wife and mother in an upscale suburb, has an unwieldy mortgage and looming college tuition for her twin teenage daughters. Jack, an antiques dealer, has secretly borrowed against the beach cottage he shares with his husband, Walker, to keep his store open. And Bea, a once-promising short-story writer, just can't seem to finish her overdue novel. Can Leo rescue his siblings and, by extension, the people they love? Or will everyone need to reimagine the futures they've envisioned...??An addictive, poignant read...enticing.? ?Los Angeles Times von Sweeney, Cynthia D'Aprix

Cynthia D'Aprix Sweeney is the author of the instant New York Times bestselling novels The Nest and Good Company. The Nest was a Barnes & Noble Discover Great New Writer's pick and named one of the best books of 2016 by People, the Washington Post, NPR, Amazon and others. Sweeney's work has been translated into more than 28 languages. She has been a guest on Today, Late Night with Seth Meyers and NPR's All Things Considered. The Nest has been optioned by AMC Studios and is in development as a limited series. Sweeney holds an MFA from the Bennington Writing Seminars and lives in Los Angeles with her family.