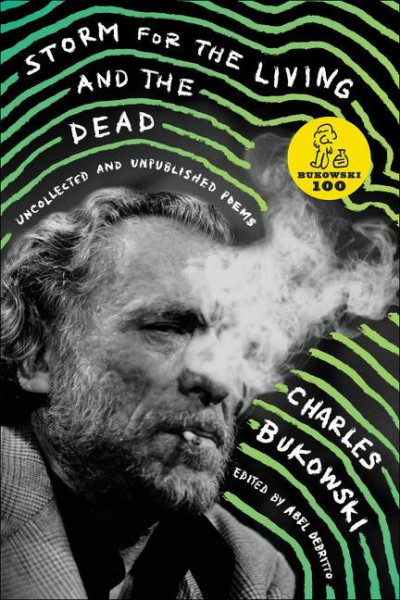 Storm for the Living and the Dead

Storm for the Living and the Dead
Uncollected and Unpublished Poems

A timeless selection of some of Charles Bukowski's best unpublished and uncollected poems Charles Bukowski was a prolific writer who produced countless short stories, novels, and poems that have reached beyond their time and place to speak to generations of readers all over the world. Many of his poems remain little known since they appeared in small magazines but were never collected, and a large number of them have yet to be published. In Storm for the Living and the Dead, Abel Debritto has curated a collection of rare and never- before-seen material?poems from obscure, hard-to-find magazines, as well as from libraries and private collections all over the country. In doing so, Debritto has captured the essence of Bukowski's inimitable poetic style?tough and hilarious but ringing with humanity. Storm for the Living and the Dead is a gift for any devotee of the Dirty Old Man of American letters. von Bukowski, Charles

Charles Bukowski is one of America's best-known contemporary writers of poetry and prose and, many would claim, its most influential and imitated poet. He was born in 1920 in Andernach, Germany, to an American soldier father and a German mother, and brought to the United States at the age of two. He was raised in Los Angeles and lived there for over fifty years. He died in San Pedro, California, on March 9, 1994, at the age of seventy-three, shortly after completing his last novel, Pulp.Abel Debritto, a former Fulbright scholar and current Marie Curie fellow, works in the digital humanities. He is the author of Charles Bukowski, King of the Underground, and the editor of the Bukowski collections On Writing, On Cats, and On Love.