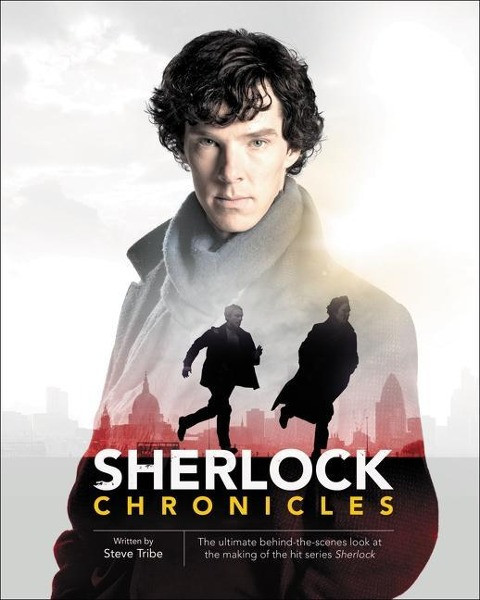 Delve deep into the creative minds behind the world's greatest—and only—consulting detective with this ultimate behind-the-scenes look at the making of the smash PBS television series Sherlock, produced by BBC/Masterpiece and starring Benedict Cumberbatch and Martin Freeman.This is the hit series of Sherlock as you've never seen it before, from story development to casting, sets, costumes, props, music, and more. With unprecedented access to the production team's archives, as well as all-new interviews, unseen script pages, more than 500 illustrations, including color photographs, pieces of concept art, and storyboards, Sherlock: Chronicles unlocks the secrets of each unforgettable case in the words of the show's creators, cast, and crew.Discover how the Sherlock team adapted classic adventures and puzzles for a fresh new world. Meet the artists and designers whose creative vision brought the show to life. See how the show's dedicated crew converted everyday locations into "the great cesspool” of criminal London. Learn the real story about the producers' and writers' vision for Sherlock's clever return from the grave at the beginning of season three, and what the esteemed cast of actors—including Benedict Cumberbatch, Martin Freeman, Rupert Graves, Mark Gatiss, and Una Stubbs—think about bringing Holmes to life.From 221B Baker Street to St. Bart's Hospital, from Buckingham Palace to Appledore, discover what lies behind every one of Sherlock's closed doors with this essential companion for fans of the acclaimed show. von Tribe, Steve

Steve Tribe is the author of the Doctor Who books The Time Traveller's Almanac, Companions and Allies and The TARDIS Handbook, and of the audiobook Doctor Who: The Essential Companion. He has edited more than a hundred Doctor Who, Torchwood, Being Human and Sherlock books, and co-wrote The Dalek Handbook and Doctor Who: A History of the Universe in 100 Objects with James Goss.