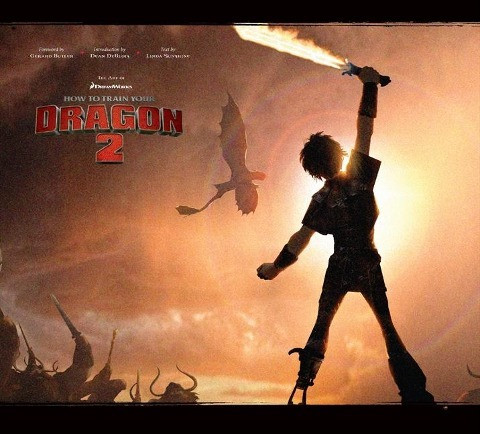 The Art of How to Train Your Dragon 2

The Art of How to Train Your Dragon 2

Filled with more than 300 images, the official illustrated tie-in to the second chapter of the DreamWorks Animation critically acclaimed Academy Award® nominated How to Train Your Dragon trilogy is based on the characters in Cressida Cowell's bestselling series and features an introduction by the voice of Stoick the Vast, Gerard Butler.Mirroring the style of the bestselling The Art of How to Train Your Dragon, this outstanding insider's guide introduces fans to the creative process behind the film, from the story and the characters to the visual development art and animation, to the rigging, surfacing, and lighting. The Art of How to Train Your Dragon 2 includes more than 300 concept sketches, preliminary drawings, architectural plans, and digital artwork that reveal how teams of artists bring the Dragon and Viking worlds to life with modern cinematic energy.Starring the voice talent of the original cast—Jay Baruchel, Gerard Butler, Craig Ferguson, America Ferrara, Jonah Hill, Christopher Mintz-Plasse, T. J. Miller, Kristin Wiig—along with Cate Blanchett, Kit Harington, and Djimon Hounsou, this action packed comedy adventure continues the story of Hiccup and Toothless five years after they have successfully united dragons and Vikings on the Island of Berk. While Astrid, Snoutlout and the rest of the gang are challenging each other to dragon races (the island's new favorite contact sport), the now inseparable pair journey through the skies, charting unmapped territories and exploring new worlds.When one of their adventures leads to the discovery of a secret ice cave that is home to hundreds of new wild dragons and the mysterious Dragon Rider, the two friends find themselves at the center of a battle to protect the peace. Now, Hiccup and Toothless must unite to stand up for what they believe while recognizing that only together do they have the power to change the future of both men and dragons. von Sunshine, Linda

Linda Sunshine is the author of more than sixty books, including novels, humor books, and other Newmarket Pictorial Moviebooks on the films How to Train Your Dragon 2, Wall Street: Money Never Sleeps, The Mummy: Tomb of the Emperor Soldier, Angels & Demons, and Saving Private Ryan. She lives in Los Angeles.