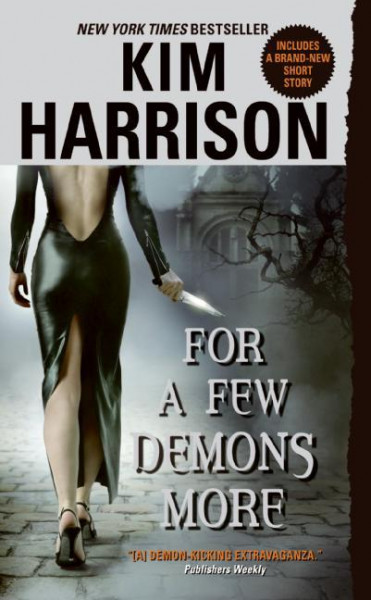 For a Few Demons More

For a Few Demons More

Despite dating one vampire and living with another, Rachel Morgan has always managed to stay just ahead of trouble . . . until now.A fiendish serial killer stalks the Hollows, and no one living in or around Cincinnati?human, inhuman, or undead?is safe.An ancient artifact may be the key to stopping the murderer?a mysterious relic that is now in the hands of Rachel Morgan, fearless independent bounty hunter and reckless witch. But revealing it could ignite a battle to the death among the vast and varied local supernatural races.Rachel's been lucky so far. But even she can't hide from catastrophe forever. von Harrison, Kim

Kim Harrison is best known as the author of the #1 New York Times best selling Hollows series, but she has written more than urban fantasy and has published more than two-dozen books spanning the gamut from young adult, accelerated-science thriller, several anthologies, and has scripted two original graphic novels set in the Hollows universe. She has also published traditional fantasy under the name Dawn Cook. Kim is currently working on a new Hollows book between other, non related, urban fantasy projects.