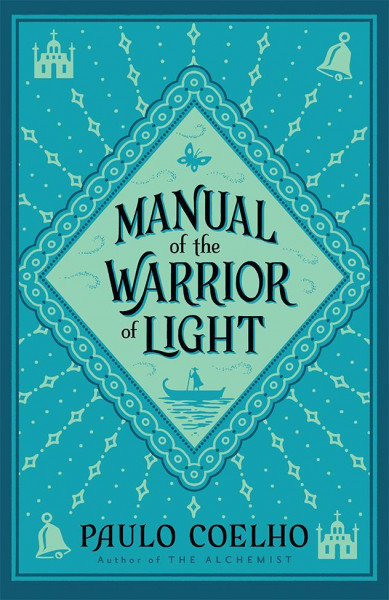 Manual of The Warrior of Light

Manual of The Warrior of Light

A collection of inspirational thoughts and stories from best-selling author of 'The Alchemist', Paulo Coelho, now in a small format gift edition. Paulo Coelho is one of the most beloved storytellers of our times. His books have sold more than 30 million copies worldwide and been translated into 42 languages. A recent signing for the HB of 'The Devil and Miss Prym' at Borders, Oxford St was reported to be the biggest ever for fiction von Coelho, Paulo und Jull Costa, Margaret

Paulo Coelho is the author of The Alchemist, he was born in 1947 in the city of Rio de Janeiro, Brazil. Being the author of 30 books that have sold over 320 million copies in 170 countries, he has become one of the most widely read authors in the world today. Paulo Coelho has been a United Nations Messenger of Peace since 2007 and this has allowed him to continue to promote intercultural dialogue and to focus on the needs of children. He is a member of the Brazilian Academy of Letters and the recipient of over 115 awards and honours, including the Hans Christian Andersen Award, the Grinzane Cavour Book Award and the Chevalier de l'Ordre National de la Légion d'Honneur, to name a few. Other titles include: The Pilgrimage, Brida, The Valkyries, The Fifth Mountain, Manual of the Warrior of Light, Veronika Decides to Die, The Devil and Miss Prym, Eleven Minutes, The Zahir, Like the Flowing River, The Witch of Portobello, The Winner Stands Alone, Aleph.