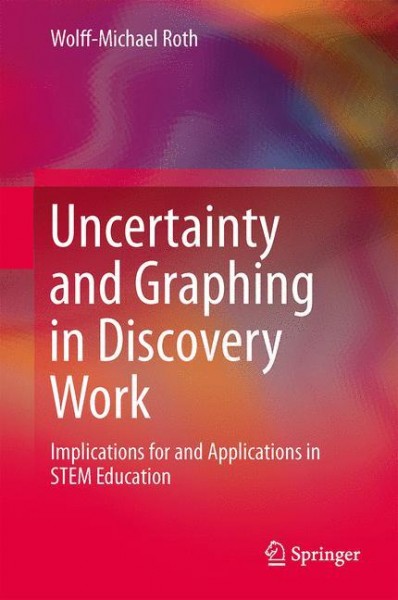 Uncertainty and Graphing in Discovery Work

This book deals with uncertainty and graphing in scientific discovery work from a social practice perspective. It is based on a 5-year ethnographic study in an advanced experimental biology laboratory. The book shows how, in discovery work where scientists do not initially know what to make of graphs, there is a great deal of uncertainty and scientists struggle in trying to make sense of what to make of graphs. Contrary to the belief that scientists have no problem "interpreting" graphs, the chapters in this book make clear that uncertainty about their research object is tied to uncertainty of the graphs. It may take scientists several years of struggle in their workplace before they find out just what their graphs are evidence of. Graphs turn out to stand to the entire research in a part/whole relation, where scientists not only need to be highly familiar with the context from which their data are extracted but also with the entire process by means of which the natural world comes to be transformed and represented in the graph. This has considerable implications for science, technology, engineering, and mathematics education at the secondary and tertiary level, as well as in vocational training. This book discusses and elaborates these implications. von Roth, Wolff-Michael