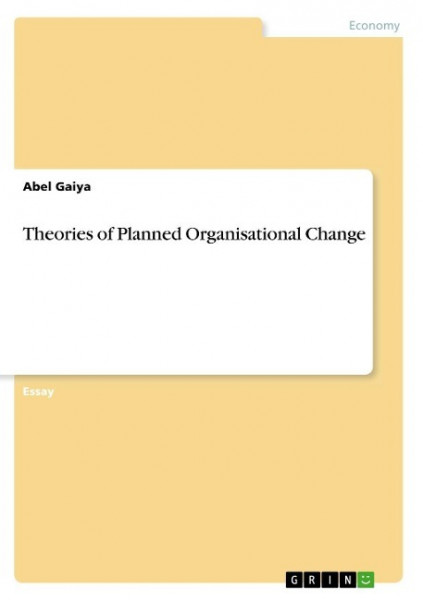 Essay from the year 2014 in the subject Business economics - Personnel and Organisation, grade: 60, Monash University, South Africa Campus, course: Bachelor of Business Science - Management, language: English, abstract: The continuous nature of change is becoming more predominant as an idea but, nonetheless, change is still habitually experienced as disruptive and related to fear of uncertainty, loss of security and resistance. Thus, it is characterized as a probable drawback to the organization's persistence. Consequently, planned change is required to smoothen the process of change and thus, multiple theories and models of planned change have emerged to tackle the issue. The aim of this paper is to examine and critically analyze planned change, its theories, and its practices. A brief description of planned change will first be given, followed by a literature review under which criticisms of planned change will be presented. This is followed by explanations of three models of planned change: Lewin's three-step model, action research model, and the positive model. von Gaiya, Abel

A graduate of Monash South Africa and Rhodes University, Abel Gaiya aspires to be a development economist, practitioner and researcher. He is interested in the macroeconomics, political economy, public economics, and industrial policy of development, with a focus on Sub-Saharan Africa.