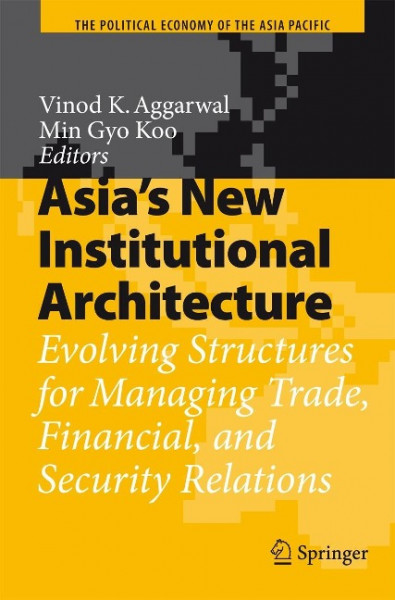 Can regional and interregional mechanisms better institutionalize the - creasing complexity of economic and security ties among states in Nor- east, Southeast, and South Asia? As the international state system und- goes dramatic changes in both security and trade relations in the wake of the Cold War's end, the Asian financial crisis, and the attacks of Sept- ber 11, 2001, this question is now of critical importance to both academics and policymakers. Still, little research has been done to integrate the ana- sis of both regional security and economic dynamics within a broader c- text that will give us theoretically informed policy insights. Indeed, when we began our background research on the origin and e- lution of Asia's institutional architecture in trade and security, we found that many scholars had focused on individual subregions, whether Nor- east, Southeast or South Asia. In some cases, scholars examined links - tween Northeast and Southeast Asia, and the literature often refers to these two subregions collectively as "Asia", artificially bracketing South Asia. Of course, we are aware that as products of culture, economics, history, and politics, the boundaries of geographic regions change over time. Yet the rapid rise of India and its increasing links to East Asia (especially those formed in the early 1990s) suggest that it would be fruitful to examine both developments within each subregion as well as links across subregions.   von Aggarwal, Vinod K. und Koo, Min Gyo