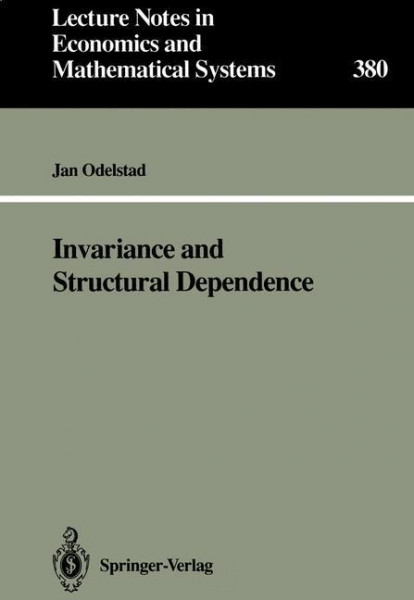 This is a revised version of a doctoral thesis, submitted in mimeographed fonn to the Faculty of Arts, Uppsala University, 1988. It deals with the notions of struc­ tural dependence and independence, which are used in many applications of mathe­ matics to science. For instance, a physical law states that one physical aspect is structurally dependent on one or more other aspects. Structural dependence is closely related to the mathematical idea of functional dependence. However, struc­ tural dependence is primarily thought of as a relation holding between aspects rather than between their measures. In this book, the traditional way of treating aspects within measurement theory is modified. An aspect is not viewed as a set-theoretical structure but as a function which has sets as arguments and set-theoretical structures as values. This way of regarding aspects is illustrated with an application to social choice and group deci­ sion theory. Structural dependence is connected with the idea of concomitant variations and the mathematical notion of invariance. This implies that the study of this notion has roots going back to Mill's inductive logic, to Klein's Erlangen Program for geome­ try and to Padoa's method for proving the independence of symbols in formal logic. von Odelstad, Jan