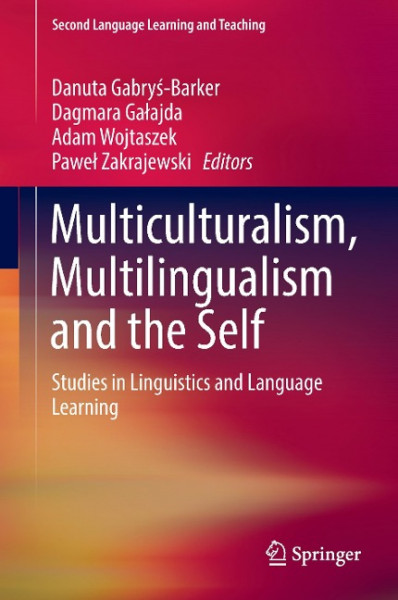 Multiculturalism, Multilingualism and the Self

Multiculturalism, Multilingualism and the Self
Studies in Linguistics and Language Learning

This book offers several insights into cross-cultural and multilingual learning, drawing upon recent research within two main areas: Language Studies and Multilingual Language Learning/Teaching. It places particular emphasis on the Polish learning environment and Poles abroad. Today's world is an increasingly complex network of cross-cultural and multilingual influences, forcing us to redefine our Selves to include a much broader perspective than ever before. The first part of the book explores attitudes toward multiculturalism in British political speeches, joking behaviour in multicultural working settings, culture-dependent aspects of taboos and swearing, and expressive language of the imprisoned, adding a diachronic perspective by means of a linguistic study of The Canterbury Tales. In turn, the studies in the second part focus on visible shifts in contemporary multilingualism research, learners' attitudes towards multiple languages they acquire, teachers' perspectives on the changing requirements related to multiculturalism, and immigrant brokers' professional experience in the UK. von Gabrys-Barker, Danuta und Galajda, Dagmara und Wojtaszek, Adam und Zakrajewski, Pawel