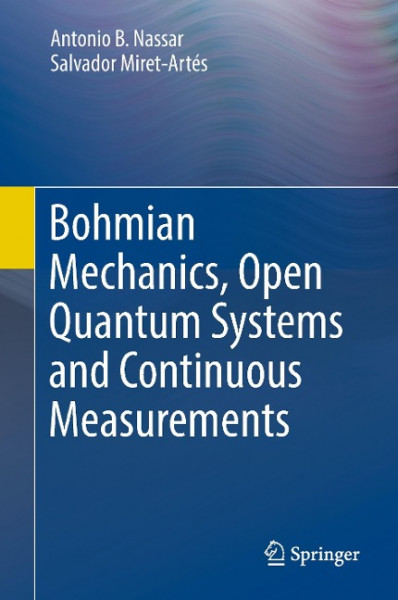 This book shows how Bohmian mechanics overcomes the need for a measurement postulate involving wave function collapse. The measuring process plays a very important role in quantum mechanics. It has been widely analyzed within the Copenhagen approach through the Born and von Neumann postulates, with later extension due to Lüders. In contrast, much less effort has been invested in the measurement theory within the Bohmian mechanics framework. The continuous measurement (sharp and fuzzy, or strong and weak) problem is considered here in this framework. The authors begin by generalizing the so-called Mensky approach, which is based on restricted path integral through quantum corridors. The measuring system is then considered to be an open quantum system following a stochastic Schrödinger equation. Quantum stochastic trajectories (in the Bohmian sense) and their role in basic quantum processes are discussed in detail. The decoherence process is thereby described in terms of classical trajectories issuing from the violation of the noncrossing rule of quantum trajectories. von Nassar, Antonio B. und Miret-Artés, Salvador

Antonio Nassar has a PhD and Masters degree in Physics (UCLA) and is the author of more than 60 articles and two books. His main research interests concern fundamental problems such as quantum and classical trajectories, classical and quantum chaos, quantum dissipative systems and decoherence within the framework of Bohmian mechanics. He has received the following awards/recognitions: UCLA Physics Department Distinguished Teaching Assistant Award; Harvard-Westlake School Justin Rascoff Teaching Award for teaching excellence; MIT nominations and recognition for excellence in teaching; INTEL Science Talent Search - Teacher of Merit; and the UCLA Extension Distinguished Instructor Award.Salvador Miret-Artés is full professor in Physics and director of the Instituto de Física Fundamental and Centro de Física Miguel A. Catalán in Madrid (Spain). He is author of more than 200 articles and 5 books. His main topics of interest are: atom surface scattering, surface diffusion, Bohmian mechanics, classical and quantum stochastic processes and the measurement problem.