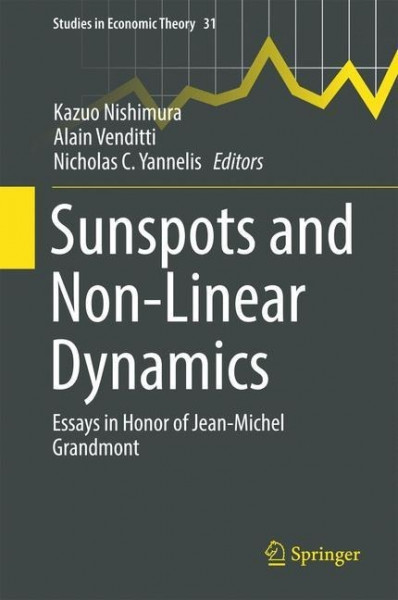 This book presents the state-of-the-art in non-linear dynamics and sunspots. These two topics have been the core of an international conference on instability and public policies in a globalized world, organized at Aix-Marseille School of Economics and GREQAM in honor of Jean-Michel Grandmont. He has made significant contributions on general equilibrium theory, monetary theory, learning, aggregation, non-linear dynamics and sunspots. This book assembles contributions by Jean-Michel Grandmont's colleagues, students and friends that have been influenced by his works and that are at the frontier of research in this domain today. von Nishimura, Kazuo und Venditti, Alain und Yannelis, Nicholas C.