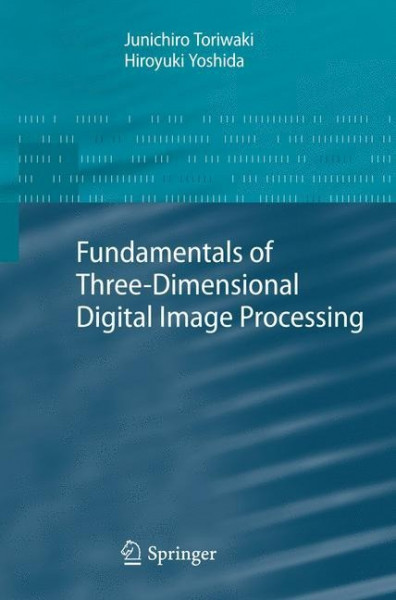 This book is a detailed description of the basics of three-dimensional digital image processing. A 3D digital image (abbreviated as "3D image" below) is a digitalized representation of a 3D object or an entire 3D space, stored in a computer as a 3D array. Whereas normal digital image processing is concerned with screens that are a collection of square shapes called "pixels" and their corresponding density levels, the "image plane" in three dimensions is represented by a division into cubical graphical elements (called "voxels") that represent corresponding density levels. Inthecontextofimageprocessing,in manycases3Dimageprocessingwill refer to the input of multiple 2D images and performing processing in order to understand the 3D space (or "scene") that they depict. This is a result of research into how to use input from image sensors such as television cameras as a basis for learning about a 3D scene, thereby replicating the sense of vision for humans or intelligent robots, and this has been the central problem in image processing research since the 1970s. However, a completely di?erent type of image with its own new problems, the 3D digital image discussed in this book, rapidly took prominence in the 1980s, particularly in the ?eld of medical imaging. These were recordings of human bodies obtained through computed (or "computerized") tomography (CT),imagesthatrecordednotonlytheexternal,visiblesurfaceofthesubject but also, to some degree of resolution, its internal structure. This was a type of image that no one had experienced before.